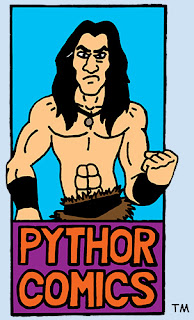 About Pythor Comics
Pythor Comics is an independent publisher of original comic books created by artist Mikey Artelle. The books are published in Ottawa, ON Canada.

Vision Statement
The goal for Pythor Comics is to present Canadian themed stories and characters that are suitable for a family audience, including teens and adults. Our comic books proudly feature gay characters in leading roles therefore providing gay youth with a positive reflection of themselves in popular culture. 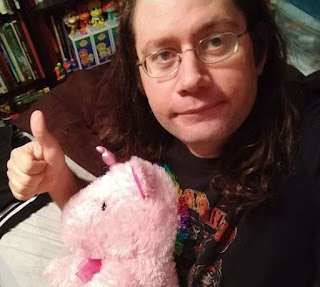 About Mikey Artelle (he/him)
In addition to writing, illustrating and self-publishing comic books for Pythor Comics Mikey has been active as a puppeteer and puppet maker since 1987. In 2003 he completed an independently produced documentary about Ottawa puppeteer John Conway, creator of the very first puppet characters to be seen on English Canadian TV. Mikey's hobbies include collecting vintage toys (such as the classic 8 inch Mego superhero dolls) and maintaining several blogs including Mikey's Muppet Memorabilia Museum which he began in 1997. Mikey's is also very proud to be gay and is the facilitator for MAXpress Yourself, the monthly art workshops for guys into guys at MAX Ottawa.

Pythor Comics is located in Ottawa, ON Canada.